Writing in an article entitled “The US is falling behind academically” the World Economic Forum writes “Recently released data from international math and science assessments indicate that U.S. students continue to rank around the middle of the pack, and behind many other advanced industrial nations.”

An earlier report in 2015 noted that Pew Research Center revealed that “only 29% of Americans rated their country’s K-12 education in science, technology, engineering and mathematics (known as STEM) as above average or the best in the world.”

In a world of expanding competition, and markets with declining jobs or wages, this is not good news. Good news however, comes from the efforts of the Washington Science Olympiad.

Science Olympiad is an international nonprofit organization devoted to improving the quality of science education, creating a passion for learning science and providing recognition for outstanding achievement in science education by both students and teachers. These goals are accomplished through classroom activities, research, professional development workshops and the encouragement of intramural, district, regional, state, national and international tournaments.

Richard Rusczyk, founder of the on line math program Art of Problem Solving suggests learning math by going outside basic school teachings. As a former Math Olympiad winner he recommends participating in math clubs and contests. Mental challenges force new learning methods. Science Olympiads are perfect for self-teaching. Students face multifaceted problems for which they have to rely on different approaches in finding solutions. A change of perspective is what always worked for me in high school and college. I would buy text books on the same subject I was taking, but the alternate examples, and descriptions would give me a different insight on almost every problem or mystery I encountered. The Science Olympiad adds that same change of perspective and viewpoint in finding roads to solutions.

Don Doman is a published author of self-help small business books, a digital marketer, an Imagineer, and a community instigator. 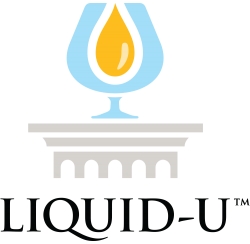