No Child Left Behind Should Mean Something for All Children

For years the United States has focused on education as a vital element for success and yet schools in inner city areas are still failing. The government and politicians have publicly indicated that actions will be taken to improve the educational system in the United States. Programs were implemented but unfortunately some schools are still struggling to meet the standard academic mark. We have to question if the government included inner city students in their budget, because there is clearly an economic inequality within the educational system.

According to the State of New York Failing Schools 2015 Report “in 2014 only 35.8 percent of students were proficient in Math and 31.14 percent were proficient in English Language of Arts”. This report indicates that two-thirds of the students in inner city schools are struggling in Math. The reports also stated “that wealthy elementary schools continue to demonstrate high reading achievements and math proficiency rates measured by the percentage of students’ proficient on the 2013 MEAP assessment”. One has to question, where is the balance in the educational system? In wealthy areas students are provided with the proper resources to educate preschool students as early as three to five years old.

There is no question that there are disparities in the educational system, and socioeconomic status is one of the elements that contribute to the disadvantage of under privilege children. It is a crucial element that hinders children from low-income families from achieving their educational goal set by the New York State Department of Education. I am not implying that funding should not be provided to wealthy elementary schools; I am only stating the fact that the same funding should be provided to elementary schools in inner city areas as well. We cannot continue to tell our children yes you can be anything you want to be, you can be lawyers, and doctors if you work hard: when the people who have the power to make a change refuses to walk the walk. They just spend excessive wasteful time talking the talk.

A few former presidents and politicians have given compelling speeches about the struggles of the educational system in the United States. They have stood their ground informing the world that as a nation, “we also have an obligation to make sure that all of our children have the resources they need to learn”. But yet not all of our children are getting sufficient resources to learn. In previous years several speeches have come and gone about the struggles of the educational system. However, the educational system still faces the same challenges today. There are just too many empty promises.

There are some schools in inner city areas that have limited access to technology and the latest quality textbooks to properly educate the students. Even though more teachers were hired to educate inner city students most of those schools that employ them today still have not received sufficient funding to properly educate the children. When those schools fail because of lack of funding they are closed and transformed into Renewal Schools.

The new educational programs are given three years to show some form of improvement with bringing the inner city students at the grade point level. And if the expectations are not met those schools will be closed as well. Now the teachers are in a position where they have to find teaching positions in other schools and the children in the inner city schools are still left behind. This is a fact: if the schools in inner city areas lack the resources how can the teachers successfully bring the children who are struggling to meet their grade level to reach the goals set by the New York State Department of Education. It is not logical for any rational human being to believe that children who were not taught the fundamentals of basic math, reading, and writing in first and second grade will not struggle in higher grades. The educational system cannot continue to pass children who are struggling to read and write through the system. They need additional remedial help.

The material becomes more challenging. The students become frustrated because they simply do not comprehend the material, because it was not taught to them in their earlier years in elementary school. This is probably why some of the students act out, and display destructive behavior. To some degree the educational system should be held accountable for passing students through first and second grade without providing them with the proper tools for them to succeed in higher grades. But a crucial question should be; are some of the parents equally responsible for not taking the appropriate measures to help their children succeed with their school work?

The answer to that question is, it depends on their situation. A lot of the children in inner city schools come from broken homes. Some of the children’s parents do not speak English well so it is difficult for some of the teachers to communicate with the parents. Imagine if students have parents that cannot read or write in English, how can they help their children with their homework?

In addition, some of the children are from dysfunctional homes. There are also situations where inner city children have parents who suffer with drugs or alcohol addictions. In some incidents those children have to become parents to their own parents. The children have difficulty functioning at school and they are easily distracted because they are constantly worrying about the well-being of their parents. Some of the children are sexually, physically and verbally abused in their own homes by people who should protect them. Unfortunately, those particular children develop psychological problems which hinder them from performing to their full capability in school.

Sadly, most inner city schools do not receive ample funding to provide the counseling services that those abused children desperately need. When the children express their angry through their behavior they are labeled as problem children. It seems like the government refuses to invest their money into children they believe will not be productive in society. So those children suffer, and sometimes they lash out because they believe that no one cares. Children in inner city areas has the ability to learn just like their more privileged peers but they just need someone to believe in them, and encourage them to focus on learning, and staying out of the troubles of the streets. In general, when children are left behind some of them usually turn to the streets. So who fails the children, the educational system, some of the parents or a combination of both. More has to be done to help inner city children because their lives matter too.

Yolanda Kinlock was raised in Brooklyn, NY. She is a writer and author. Yolanda Kinlock has written several enlightening and controversial articles which touches various social issues and the challenges of everyday life. Her articles have been published in Sooper Articles and Grief Digest Magazine. Several of her poems appear on Ieterna Foundation and High on Poems websites.

The author enjoys writing about the struggles and experiences of life. She is not shy to write about controversial issues and challenge the way we perceive those issues.

Yolanda Kinlock is the author of the book Poems of Reality: The Experiences of Life. The author is currently working on her second book of stories and poetry, her extraordinary imagination and humor are clearly displayed in her stories and poetry. There are parts of the author’s writing that reveals a humble and mysterious side. Writing is her passion, and the author displays it in her writing. 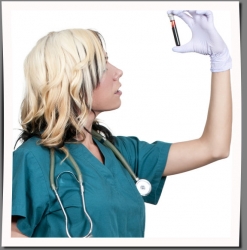