In January 2016 Film Independent launched Global Media Makers, a new international film exchange program aimed at investing in the development of international filmmakers and cultivating lasting professional networks. The program was then and still is officially supported by the Department of State.

“We live at a time when the cultivation of strong, independent voices that can communicate across cultural boundaries has never been more important. This cross-cultural program allows us to serve talented filmmakers from around the world” stated Film Independent President Josh Welsh at that time.

Six months later and while Film Independent still has not officially announced the results, I incidentally happen to be one of the filmmakers who was asked by the Moroccan Film Center to apply. Hopefully one will not assume that I am writing this article out of some misplaced personal frustration, as there is nothing simpler than hiring a script doctor to help with completing my project as I did in the past and as every independent filmmaker can do as well. However, I do believe that there are some basic principles to follow when implementing a political or cultural project that has the ambition of Global Media Makers Program. Indeed, it was first mind-boggling and completely unexpected for me as well as for my fellow moroccan filmmakers to realize that none of the candidates appointed by the Centre de Cinematographie Marocain (the one and only organization to fund film projects in Morocco) was selected. The CCM is also the only organization that acknowledges professional levels by delivering licenses. This system may seem bureaucratic and thus suspicious to some people, but it is the equivalent of the unions in the north american film industry. In other words until you’re part of it, you’re out of it. And although Film Independent should have followed the example of the Jordan Film Commission which made clear to everyone that it would be the focal point for the selection in Jordan, for some reason the curators decided to go their own way.

My first reaction was to reach out to the Film Independent representatives, I have to admit that facing all the calls going straight to voicemails with no hope of having one of them returned is discouraging to say the least. I feel deeply sorry for all the members of that organization who must be facing the same complete lack of support, at least I did not pay any membership.  Instead, one of the US representative in Morocco kindly offered to give him a call, which I did. Though I was not able to finish one sentence, I was told there were better candidates who were ”better fits”, that those of us who applied through the CCM were either too bad or too ”advanced”, for this program, so if my understanding is correct, some of us are so advanced that they don’t need a panel of oscar winners to look at their projects. Obviously it must make more sense to have what the French writer Lafontaine called the fox inviting the stork: give it a great menu but one that it cannot eat.

Then to my question regarding the announcement of the selected candidates, I am answered that I would ”not be using the information properly”. Film Independent knew very well which candidate was appointed by which organization as the first email and invitation to apply clearly stated it. To which I was answered that I was making the program ”too political”, but then again I don’t think I am reinventing the wheel by saying that a program funded by the Department of State must have some political aspect to it. But a simple look at the Ouarzazate Film Commission Facebook page brought the answer up: Film Independent team seemed to enjoy themselves so much that they may have felt  such a privilege had to be rewarded by selecting their candidates regardless of the overall quality of the remaining projects and applications.

Now let’s suppose this is all pure coincidence and that the choices were completely unbiased, part of a cultural affairs representative is to know what is going on in the country of operations and be aware that the president running that organization is the previous head of the CCM, I will not go into details regarding his accomplishments (or lack of for that matter), statistics and law suits will speak better. So again either everything or nothing is political, the point is that if the results of the game are known in advance why  ask us to join and play? If this program had come from a private initiative, we probably wouldn’t have applied, I personally have known Film Independent for a while, I never considered it was worth joining, absolutely no personal offense employee of that organization, but I think there is no shortage of meeting rooms for rent in L.A. Other than that, I think other organizations are doing  more effective work for indie filmmakers. But we did accept to play the game and give away projects that took literally years of work because we thought that an initiative supported by the U.S Department of State and the CCM  was going to be run properly and objectively.

Little did I know that Film Independent curators were far from being objective. Just by looking at some of their social media posts, it is not difficult to see the kind of contempt it adresses to arab institutions and culture. A simple example is their visit to the Cinematheque of Tangiers and M. Welsh’s, president of Film Indendent, pictures posted on social media, I even read that he was very happy to eat a can of ‘’pringles’’ during his visit to Egypt as if there was a shortage of crisps in Egypt…. .

To make a long story short, being an independent filmmaker is already hard enough, I bet you can imagine what it is in the MENA region, so please Film Independent just do not mess up with young filmmakers minds and hopes. (and again I consider myself way too lucky to speak out of my personal perspective): either be fair or leave them alone. If you don’t plan on including the only governmental film institution, just don’t get in touch with them only to give your program some kind of legitimacy. And simply put, any serious filmmaker should never apply to a program that is not destined to what it pretends but to sponsor some tourism for the benefit of its curators. 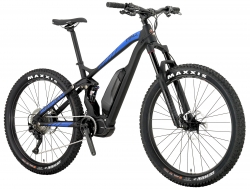 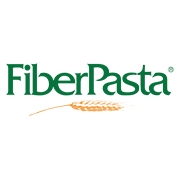 Pastapro Changes the Way You Think About Pasta for Fitness