The Pied Piper and Chef of Cockroaches

While flipping through cable TV with my handy remote I stopped on the Science Channel and watched a program called Super Animals. The subject of the day was Super Cockroaches. Scientists were looking at connections between robots and animals and the focus of this program was cockroaches.

A group of roaches were numbered and their movements recorded and examined by computer. The movements were then transferred to roach robots. The robots were about half the size of a box of matches. They looked nothing like cockroaches but their programmed movements would not alarm real roaches. Next, the robots were given paper overcoats infused with cockroach pheromones, which would trigger natural behavioral response in cockroach communities.

For the first experiment both robots and roaches were released in a controlled space with two transparent colored disks to hide under. The cockroaches naturally sought cover beneath the darker disk followed by the robot roaches who were accepted as fellow roaches. The next experiment was to see if the real roaches would follow the robot roaches now programmed to seek protection under the lighter disk. They did. The robot roaches had become Super Cockroaches . . . leaders of their cockroach brethren.

The robot roaches experiment could lead to approaches to rid homes of roaches without the use of deadly poisons. The cockroaches could act like the old story of the Pied Piper of Hamelin. The leaders could create a following and rid apartments and homes of these pests. If they could be led to traps and collected, they could be used in cockroach breeding farms.

Barbara Demick writing in the Los Angeles Times article Cockroach farms multiplying in China, says “Farmers are pinning their future on the often-dreaded insect, which when dried goes for as much as $20 a pound — for use in Asian medicine and in cosmetics.”

There are already movements urging insect farms for food. Raising insects takes much less room than breeding and raising cattle. They also provide more edible protein than animals. Insects are a great source of protein and can be eaten by themselves like peanuts or mixed in with special recipe dishes. Currently meal worms and crickets are being raised for human consumption, why not cockroaches.

Cockroaches have been around unchanged for millions of years. They are omnivores like humans, meaning they’ll eat just about anything. They like rotting vegetables, which means they can be fed peelings and left-over unsold fruits and other produce.

Imagine pest control firms being paid to rid homes and buildings of cockroaches and then selling them to bug farms. These firms wouldn’t even have to search for the little critters, the robots could round them up and drive them into collection containers. Nice and neat.

Read a review of dining on insects (grasshoppers) in Seattle – http://www.nwadventures.us/Poquitos-Review-2017.html

By making cockroaches a food source we solve numerous problems at once. Cockroach robots could lead them to into capture and then walk them through the seasoning before roasting. People could have a cheap source of protein, and hungry diners would be lined up to eat them.

By Don Doman
Don Doman is a published author of self-help small business books, a digital marketer, an imagineer, and a community instigator. 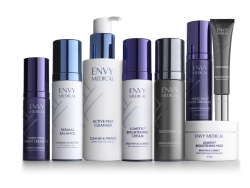